Here at Midland Flooring, we understand the need for a robust, strong, hardwearing, durable and versatile entrance to your building and as such we have developed Concrete service yards, concrete entrances, concrete roads, runways and concrete paving to be used as access routes or hard standing areas that can be trafficked by articulated vehicles and even military tracked tank vehicles.  Our design mythology and surface finishes have been adopted on major UK logistic warehousing and storage facilities alike.

Used in the majority of buildings, bridges, tunnels and dams for its strength
Gains strength over time
Not weakened by moisture, mould or pests
Roman buildings over 1,500 years old such as the Coliseum are living examples of the strength and durability of concrete

Concrete, being inert, compact and non-porous, does not attract mould or lose its key properties over time

Thickness design methods for reinforced concrete pavements have been established for many years. The tabulated values and factorial equation in Concrete Society Technical Report 66, External in-situ concrete paving, are based on the equations given in TRL Research Report 87, Thickness design of concrete roads, which is the most widely-used method of designing concrete pavements that are either unreinforced or which include fabric reinforcement (in the top of the slab). The method has the advantage that, because it is an empirical method based on the performance of sections of pavement in service, it automatically includes the effects of fatigue, temperature and shrinkage. Pavements reinforced with fabric (generally in the bottom of the slab) can also be designed using some of the methods described for fibre-reinforced slabs.

Midland flooring Ltd believe that if there are no time constraints long strip construction 6.5m wide bays of external concrete slabs with top mesh are considered the traditional norm and most accepted by architects. Bottom reinforced with a mix of fibre reinforcement lends its self by design to larger bay construction techniques with our bay sizes 21m x 21m between expansion joints.  The brushing of the surface is difficult with this type of install and other finishing options are offered such as swirling or mechanical roughing.

In the preparation of Technical Report 66, it was considered that CBR (California Bearing Ratio) is the most useful and easily measured starting point. To simplify matters, standard sub-bases of 150mm Type 1 granular material and 150mm HBM (Hydraulically Bound Material) were chosen and the equivalent surface foundation module of these sub-bases on sub- grades with a range of CBRs from 3 to 30% were determined. Once the foundation modula of the standard sub-bases on a range of subgrade CBRs had been determined, this made it possible to calculate pavement thickness using the TRL equations with CBR as the starting point 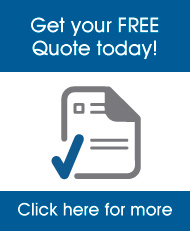 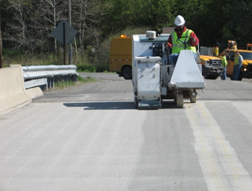 Why not check out our other sites.